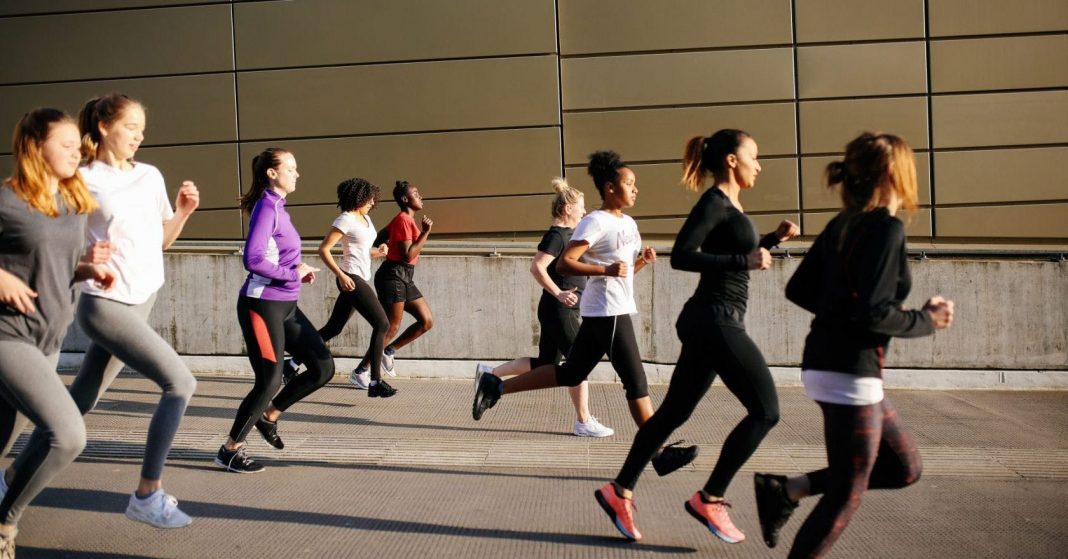 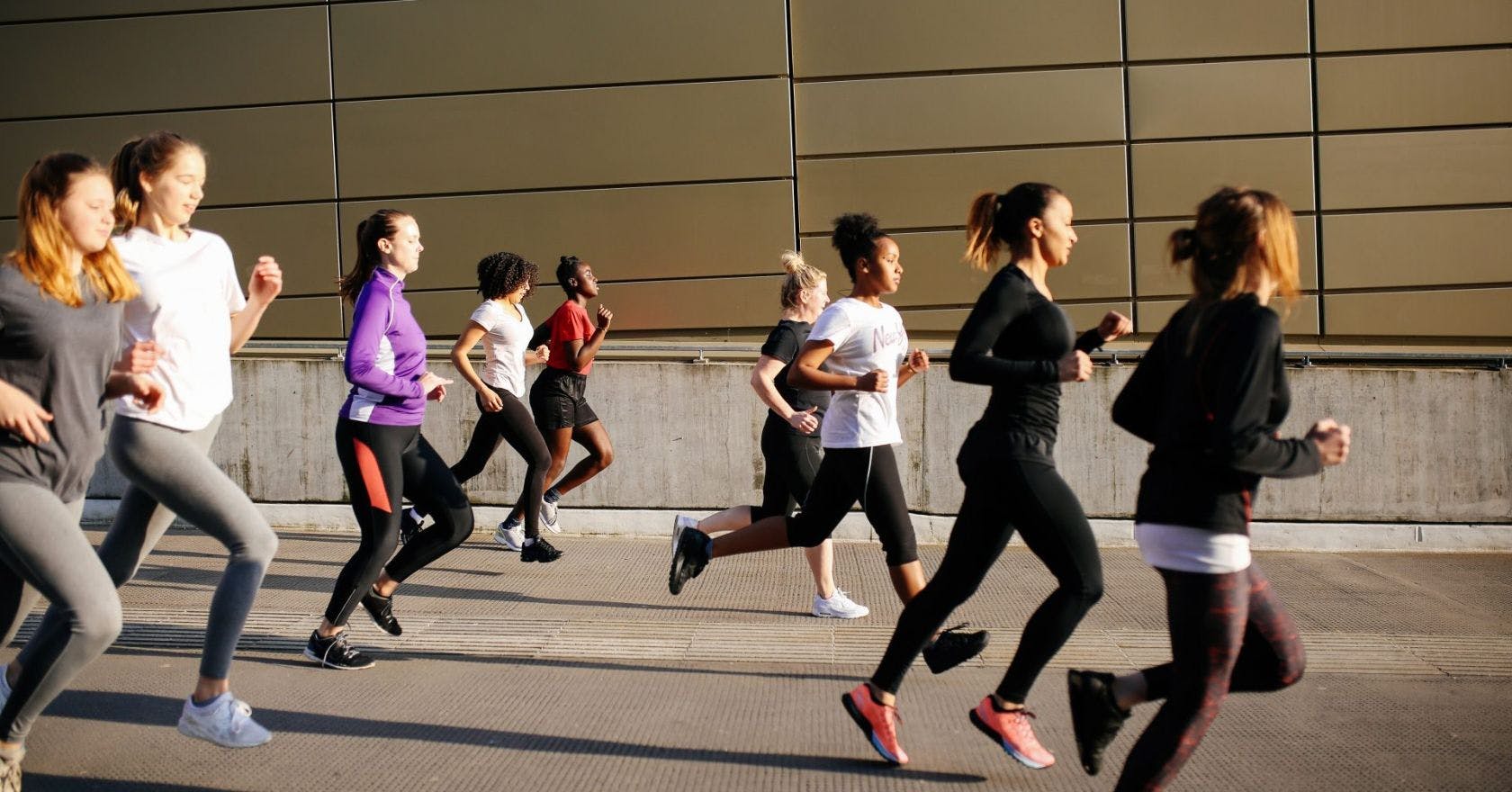 Running is a great way to stay in shape, while also not being very enjoyable. Use these tips to make running an more enjoyable experience, from The Stylist:

The idea of running a marathon can be mind-boggling. Running can feel hard, even if you’re only heading out for 20 minutes – let alone 20+ miles. But if you are running the London or Manchester Marathons this year, or you’ve been inspired to try a long distance challenge by the host of #medalmonday posts on social media, then you’re probably in the market for some solid running motivation.

Few people are as qualified to offer running-based feel-good vibes as Fiit’s Adrienne Herbert. The app’s cardio queen and director of innovation and performance is also the host of the Power Hour podcast, which is all about maximising your fitness and wellbeing.

When I was at the start of my own running journey, someone told me that if I could run a 10k, I could run a marathon. That sounded wild; moving for an hour is doable but running for four or five hours is almost incomprehensible. Herbert believes: “Anyone could run a marathon if they were given enough time and training to prepare for it.”

Of course, the amount of time and training needed to run a marathon depends on the individual. Herbert says: “If you can run 10k or run for an hour, that’s your current starting point. From there, you need to gradually increase your training week-on-week in order to progress and build up to covering 26.2 miles.” And, as we’re always saying at Strong Women, completing that kind of physical feat isn’t just about being able to run but also strength train and stay mobile.

One of the biggest issues with marathon training is the aching. Running for hours hurts and that’s something I still struggle with, even though I’m about to run the London Marathon for the second time (thanks to Lucozade Sport). It’s not just that I’ve got chronic tendonitis in both Achilles; spending hours on your feet can be hard on your joints and muscles in general. Herbert stresses that it’s important to understand the difference between pain and discomfort. “Pain is often a sign of overtraining,” she tells Stylist, “while discomfort is simply a part of training.”

“The great thing about running is that you get out what you put in.”

Consistency is key, both in running and strength training

And that’s where 360° training plans come in, which get you lifting, jumping, stretching and breathing, as well as getting in those easy/tempo/long runs. Fiit, for example, has a new Marathon Prep collection of classes designed to bulletproof the body for that final morning on the road. “The more you consistently train, incorporating the correct strength programmes while also prioritising recovery, the more you will progress and improve,” Herbert explains. All of that should, in theory, leave you able to run at your most efficient.

While we know that strength training is important if you want to be a faster sprinter, marathoners and long distance runners often neglect gym work. The science is mixed when it comes to deciding whether lifting weights can actually make you run faster for longer. One 2010 paper by Dr Jason Karp, an exercise physiologist and running coach, claims that the “best marathoners in the United States do not strength train” and that most of the runners who qualify for the U.S Olympic Marathon team “do little, if any, strength training”, with male competitors averaging one strength workout a week. Dr Karp goes on to say, however, that strength training can help people to run faster if they do the right type of programme.

“That is because increasing their muscular strength will increase their muscular power… athletic performance is ultimately limited by the amount of force and power that can be produced and sustained.” Ultimately, because each foot hits the ground for a fraction of a second while running, we’re not looking to exert maximum force when we run. The aim of our strength training should be to get our muscles to have stronger contractions for a shorter time, and to keep us injury-free.

But Herbert’s point about consistency is key. If you want to run comfortably, you’ve got to run regularly and if you want to get the biggest bang for your buck, adding in a strength and mobility programme that you’re actually going to follow is going to make every step you take work harder for you.

How to learn to enjoy running

The next issue with running is the fact that for many of us, running simply isn’t enjoyable. If you’ve never experienced a runner’s high or experienced the overwhelming sensation of coming over the finish line after months of training, it can be difficult to understand how running could ever be addictive or fun. But even massive running advocates started out groaning. “As someone who absolutely loves running, I’ll be honest and say that my first run was miserable!” Herbert admits.

“I had no idea how to pace myself so I set off too quickly and couldn’t wait for it to be over. Over time, I started to enjoy running and gradually, it became a part of my life and identity,” she says. For anyone who’s struggling to enjoy their outings, she advises: “If you don’t love running straight away, be patient and find a running buddy for extra encouragement and support. You never know, it might become a lifelong love.”

One of the key things that has helped with my own running journey is a phrase I’ve heard Herbert use a number of times: “You can do hard things”. Like all good mottos, it’s simple and obvious; of course we can do hard things. But I’ve felt in recent years like the fitness industry is trying to be all things to all (wo)men by both encouraging us to participate in extreme fitness like daily HIIT and Iron Mans, and shouting about intuitive movement and avoiding pain. I never know how hard I should be working.

Herbert explains that her motto has helped her both mentally and physically over the past few years. “Unfortunately, we will all face difficult challenges in our lives; no one is exempt from setbacks, failures and hard things. When we challenge ourselves physically, we learn how to push through and become more resilient – not just in training but in life.

“Endurance running has shown me what I am capable of and what I can endure. I can do hard things! If you shy away from challenging yourself, you’re missing out on an opportunity to learn, to grow and to see what you are truly capable of.”

Whether you’re running your first marathon or setting yourself a new running challenge in general, follow Adrienne’s tried and tested tips for running strong.