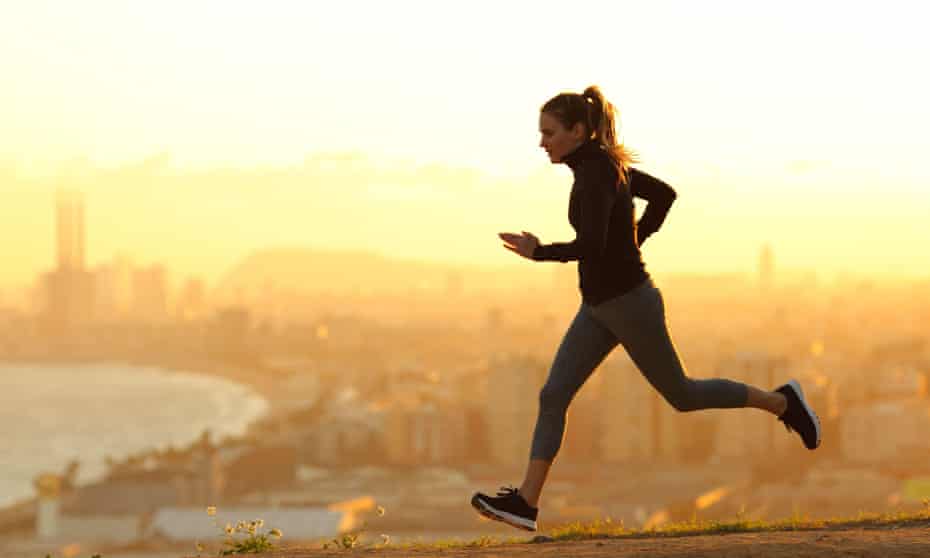 Facebook
Twitter
Pinterest
We have a few extremely hot days coming in the coming weeks and heat strokes are likely to take place. Read some of the ways to prevent passing out from heat below from The Guardian.
From The Guardian:

You don’t have to stop working out just because summer has arrived. Here are some expert tips to keep moving – and avoid heatstroke

If the idea of venturing out in the heat to do something that makes you even hotter seems wild, it may be tempting to skip your workout. Still, with a few adaptations, you can stick to your exercise routine and feel as if you are developing a superhuman ability to keep cool. Here is some expert advice on how to handle the heat.

Although spells of hot weather may become a more regular occurrence in future, we are still not used to them in the UK. You can acclimatise, says Clare Lobb, senior physiologist and a technical lead at the English Institute of Sport. At the start of a heatwave, don’t go straight in with your usual long run or tennis match. “You want exposures every day for at least a week to acclimatise,” she says. Start with about 20 minutes of exercise, adding an extra five or 10 minutes each day. “All the science says having your core temperature raised by either a degree and a half, or up to about 38.5C, maintained for an hour, is effective in helping your body acclimatise.” That is what elite athletes do to prepare physiologically for high temperatures, such as at the 2020 Tokyo Olympics, she says. For the rest of us, it is more to do with feeling comfortable. Studies have suggested that women take longer to adjust to heat than men. In the UK, by the time you have adjusted, it may well be raining again, but you can maintain your acclimatisation by having a hot bath every three days (again, build up the duration gradually). This may be taking it too far – are you training for the World Cup in the Qatar heat, or a weekend five-a-side?

Exercise earlier in the day

If possible, run or work out first thing in the morning, when it will be much cooler. Anything before 9am would work, says Oliver Gibson, senior lecturer in exercise physiology at Brunel University London and lead author on a review on heat alleviation strategies for athletes. Any later, he says, and: “Although the temperature might have increased by only a few degrees, with the sun in the higher regions of the sky, you’re getting a lot of the solar radiation – direct sunlight – on you, which is going to add further heat stress and discomfort.”

Dial back your pace. In higher temperatures, even elite athletes do this, says Lobb. Gibson agrees. When it is hot, don’t chase personal bests, he says: “Particularly in the UK, when we get these heatwaves that are unfamiliar, just accept that, for a week, your times might be a bit slow.” You will still be getting the benefit, he adds. “Because you’re hot, your cardiovascular system is still working as hard, because it is also working to remove some of the heat from the body. So you might run a minute a mile slower but the fact that your heart rate is 10 beats a minute higher means you’re still getting the same training effect.” If you do a shorter run, it may be too tempting to push yourself harder, “and that might mean that you get hotter, more fatigued, and might make yourself unwell”.

Gibson suggests that, if you can, you should exercise in green spaces or by water. “It will be about two or three degrees cooler than being in a concrete urban area,” he says.

By ensuring you are properly hydrated before you start exercising, “the body is not stressed from the first minute of the activity,” says Gibson. Have a drink 20 minutes before you start. “Try to drink during exercise. When you start to feel thirsty, usually you’re already quite dehydrated. So you need to be a bit more proactive and say: ‘Every five or 10 minutes, I’m going to take a sip.’” Take a bottle of water with you if you can – with longer periods of exercise, you will inevitably become dehydrated – and drink immediately after exercising. Sports drinks will help your body retain the liquid a bit more quickly, but water “will 100% do the job”, he adds. “The other drink that’s often ignored is milk, which is a really great rehydrator because it’s got quite a high protein content and electrolytes.”

Dress for the weather

What you wear can help alleviate the heat, says Gibson, who suggests “wearing a vest rather than a T-shirt, going for light colours to reflect some of the sun, and wearing a hat”. He says technical fabrics are better than cotton for wicking away sweat and helping you to feel cooler. You need sunscreen, particularly if more skin is exposed. To prevent sweating it off, choose something water resistant, says Lobb, “and put it on 20 or 30 minutes in advance of your run, so that it’s already absorbed into your skin a bit”. Don’t forget sunglasses.

If you are prone to chafing in hot weather, before exercising, apply “Vaseline, gels, or any sort of lubricant”, says Lobb. Close-fitting clothing may help, but “in some instances, you might be making it worse, because you’re creating more friction”. This is where sweat-wicking fabrics are better than cotton, which stays wet against the skin and increases irritation.

Although you need to be careful when working out in the heat, it should not stop you exercising, says Gibson. “If you are taking part in some sports, you may need to be more careful in terms of equipment and activity levels – layers of protective clothing in sports such as American football or field hockey can add to heat stress,” he says. But a heatwave could be an opportunity to try something new – swap running for swimming, for instance. Gibson recommends cycling. “Because you’re travelling faster, you get a lot more airflow, so it might be more helpful for cooling you down.”

Watch out for heatstroke

Lobb advises that the first signs that you are overheating “will be things like heavy sweating but shivering at the same time, your heart rate going up really high (probably a lot higher than you would expect for that effort), feeling nauseous or vomiting, pale skin, a headache, and you might get cramping as well in extreme circumstances”. Once it has progressed, you may start getting confused, disoriented or irrational. It can be hard to spot in yourself, says Lobb, “but you can recognise it in someone else if they’re getting too hot”, so consider exercising with a friend.

The aim is to decrease your core body temperature, says Lobb. “Slushies or ice lollies are really effective. The other way your body cools itself down is by evaporative cooling. The moisture on your skin evaporates, creating a cooling effect.” Sweating will do it, but a spray mist can also help. Cool your head and hands, “because you’re a lot more sensitive in those areas, so you can almost trick your body into thinking it’s cooler than it is by putting your hands in a bucket of ice or getting something cool on your face, or around the head and neck area.” One time, then, when a “cold damp towel” sounds like a treat.