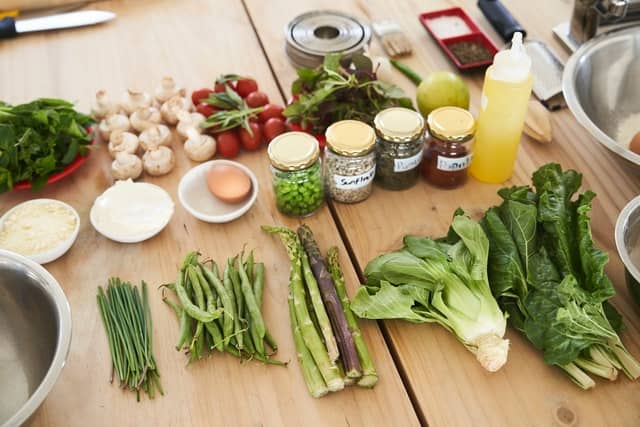 Losing and gaining lots of weights frequently is common with diabetes and it can take a toll on you. There is a new drug that has been approved as treatment for type 2 diabetes but has a positive effect that causes weight loss. Read more about this new drug below.

A drug approved to treat type 2 diabetes can have another striking effect on the body: significant weight loss in people with obesity.

Once-weekly injections of tirzepatide provided “substantial and sustained reductions in body weight,” researchers reported in The New England Journal of Medicine over the weekend.

“We need this tool in the toolbox. There is vastly disproportionately less treatment for obesity as a chronic disease than other chronic diseases,” NBC news medical contributor Dr. Natalie Azar said.

“It’s so important and so relevant. The majority of Americans are either overweight or obese.”

About 9 out of 10 people with obesity lost weight while taking tirzepatide in this study, said Dr. Ania Jastreboff, the lead author and director of weight management and obesity prevention at the Yale Stress Center in New Haven, Connecticut.

“I was very impressed. I don’t think that many of us expected those types of results,” Jastreboff told TODAY.

“We always knew obesity is important and has a profound impact on diabetes and most people with type 2 diabetes have obesity. But the tools to address obesity have not been as potent as what we saw here.”

More than 2,500 adults with either a BMI of 30 or more, or a BMI of 27 or more and at least one weight-related complication, took part in a phase 3 double-blind, randomized, controlled trial. It compared three different doses of tirzepatide with a placebo. None of the participants had diabetes.

In addition to the drug, participants also received lifestyle interventions that included counseling sessions to help them eat healthy, balanced meals with a deficit of 500 calories per day, and exercise for at least 150 minutes per week.

After almost a year and a half, the participants lost on average of:

The results are comparable to those doctors see with gastric bypass surgery, Azar noted, and higher than what has been observed with other drugs currently available on the market to treat obesity.

The clinical trial was financially supported by Eli Lilly, the maker of the drug.

More than 40% of American adults are considered obese, according to the Centers for Disease Control and Prevention.

Obesity treatment has traditionally focused on lifestyle changes, but obesity is a “complex” metabolic disease that makes it difficult to return to a lower weight without extra help, such as anti-obesity medications, the authors of the study wrote.

Our bodies evolved to prevent starvation, said Jastreboff, who serves on the scientific advisory board for Eli Lilly. They will do whatever they can to hold on to extra fat, so that if there’s a famine, we will not die.

That system is also impacted by a modern world where people live sedentary lifestyles, often experience stress and a lack of sleep, and have lots of tasty food readily available at all hours. Obesity results from the dysregulation of how much fat our body wants to carry — a setpoint determined by our brain, she noted.

“The goal of these anti-obesity medications is to reset that setpoint. So basically our body wants to carry less weight, specifically less fat,” Jastreboff said.

“The ‘tides’ are shifting, and there are now more options for people with obesity to lose weight,” researchers added in an accompanying editorial in The New England Journal of Medicine.

The drug tested in the trial affects two important hormones that impact several areas of the body, Azar said. In the pancreas, it increases the release of insulin to reduce the patient’s blood sugar levels. It also helps to suppress appetite and slows how fast the stomach is emptying so the patient feels full faster.

“One of the important things of using the medicine is to have people be more mindful of their eating, to take a moment and realize, ‘Oh yes, I am full. I don’t need to keep eating,'” Gabbay noted.

Patients inject the drug themselves into their abdomen or their arm. “It takes 30 seconds once a week… it’s very easy,” Jastreboff said.

When it came to side effects, the drug was tolerated well, Azar said. The most frequently reported issues were gastrointestinal symptoms, such as nausea, diarrhea and constipation. More trials will be done, and more are already underway, Jastreboff said.

Patients will have to stay on the medicine for it to keep working in the same way people who receive medication for high blood pressure must keep taking it, even when their hypertension improves, Jastreboff said.

Last month, the U.S. Food and Drug Administration approved tirzepatide as Mounjaro, a treatment for adults with type 2 diabetes. It has not yet been approved as an obesity treatment.

“We are looking forward to reviewing tirzepatide data with the FDA and discussing a potentially expedited path forward, and we should have an updated timeline by the end of the year,” said Maggie Pfeiffer, associate director of strategy and operations at Lilly Diabetes.

But the drug won’t ever be a substitute for diet and exercise, Azar cautioned.

“We do not have a pill or an injection that can help people make healthier food choices or eat healthfully or move more,” Jastreboff agreed. “So it’s critical as patients are losing weight that we help them do so in a way that really highlights the importance of making healthy food choices and making sure that they’re incorporating movement into their daily lives.”

The drug is also likely to be expensive: Tirzepatide approved for diabetes costs about $1,000 a month, Azar noted. Lilly is offering savings cards to reduce patient out-of-pocket costs, Pfeiffer said.