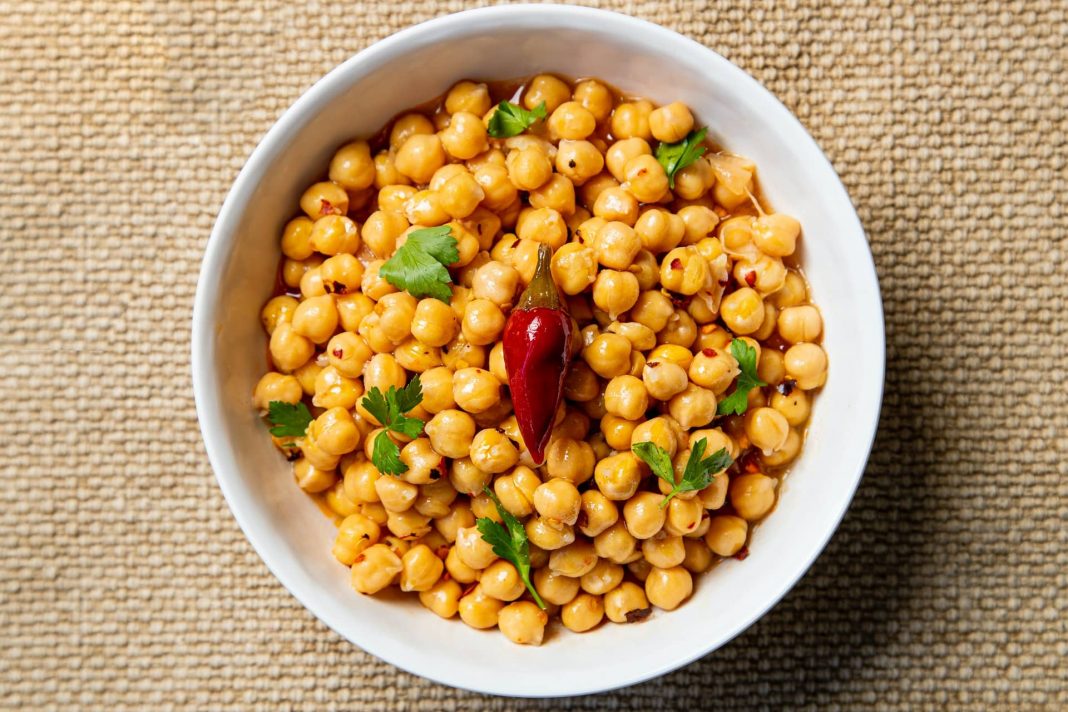 Facebook
Twitter
Pinterest
Chickpeas, garbanzo beans, ceci, gram – whatever you call this versatile legume, they are delicious and pack a protein-filled punch. There are tons of ways to enjoy chickpeas, but however you chose to add them to your plate you can’t be steered wrong. Between the tons of variation, there are plenty of health benefits chickpeas bring to the table. Read more below on what this legume can do for you.

There are plenty reasons to add chickpeas to your diet.

Known by so many names around the world—Spanish garbanzo, Italian ceci, Indian gram—the name chickpea comes from “chich pease,” a version of the French name for this beloved legume. Its Latin botanical name, Cicer arietinum, which means “small ram,” is a nod to its resemblance to a ram’s head.

This Middle East native dates back nearly 8,000 years ago and has been a staple relied upon as a beneficial food source and for its medicinal properties, treating warts, gout, and male infertility. Famously known for its role in culinary favorites, like hummus and falafel, this versatile gem dishes up protein and fiber, along with health benefits.

Chickpeas are part of the plant family of legumes, Fabaceae, along with black beans, peanuts and lentils. The two main varieties are the larger round, cream-colored Kabuli-type, which is most common in the U.S., and the smaller and darker irregularly-shaped Desi-type, used more often in the rest of the world, especially India and the Middle East.

A half-cup serving of cooked chickpeas contains 25% DV (DV=Daily Value, based on 2,000 calories/day) of dietary fiber and 15% DV of protein, as well as 42% DV of bone healthy manganese and 36% DV of cell protecting folate, as well as a host of health promoting plant compounds.

Chickpeas deliver protein, fiber, resistant starch, unsaturated fatty acids and a variety of vitamins, minerals and plant compounds, and are shown to improve long-term glycemic response and to promote cardiovascular health by lowering cholesterol, lipid, and blood pressure levels, according to a review in the journal Nutrients (2020). A good source of dietary fiber and protein, chickpeas may also suppress appetite and help with healthy weight management, as well as have a positive impact on blood sugar levels (Journal of Food Science Technology, 2017).

Select dried chickpeas, whether in bulk bins or packaged, that are moisture-free and whole, not cracked. Store in an airtight container up to a year in a cool, dark place.

Dried chickpeas need to be soaked first, then covered with a couple inches of fresh water, brought to a boil, then simmered until tender, one to two hours.

Canned and frozen chickpeas are also available as time-saving alternatives. Enjoy them in hummus—pureed with garlic, lemon and tahini—on salads, in pasta and side dishes, in soups and stews, or tossed with olive oil, sea salt and spices.